In Memory of Mr. Jakers 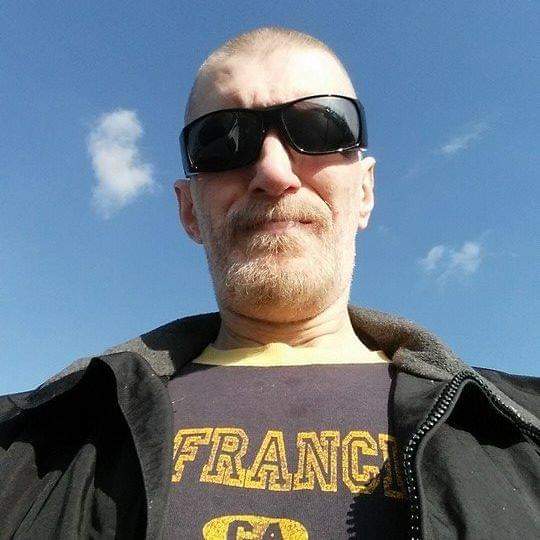 During the early afternoon on Tuesday of this past week, I awakened and checked my Facebook, only to be greeted by the sobering news that my longtime friend (25 years) and game show trading partner Jake Tanner had lost his battle with cancer shortly after 10 PM the night before, having been fighting against it for over a year. Given how long we knew each other and had been a part of each other's lives, I thought it only fitting to write a tribute in his honor, as well as explaining how that came to be.

In the early spring of 1996, as a 16-year-old high school student, I got my first internet-equipped PC and was able to fully experience the World Wide Web for the first time. Through my sporadic occasions when I'd logged onto the internet in the several months leading up to then, I was vaguely aware that a community of fellow game show fans existed, and after lurking on the Usenet alt.tv.game-shows newsgroup for a couple of months, I soon began posting there and acquainting myself with its numerous regulars.

One of those people I first made contact with was a (then-)30-year-old fan from Texas; despite my being considerably younger than your average group member, as well as our respective age differences, Jake (or "Mr. Jakers", as he was known among his close friends) and I quickly clicked and he became one of the first people I had the privilege of trading game show episodes and music with. Aside from his knowledge about the genre, he had a quirky and often outrageous sense of humor, as could often be seen both on ATGS during that time and in real life, particularly when he would launch into an impression of his all-time favorite game show celebrity, Jo Anne Worley ("WOOOOOOOOO!").

As we got to know each other better, I soon found out that Jake was never afraid to speak his mind; though this could often put him at odds with those who disagreed, you always admired and respected his passion for those things in which he strongly believed, particularly his opposition to intolerance in all forms. However, he was equally happy to lend a sympathetic ear and offer support to anyone suffering from emotional or physical lack of well-being, often relating his own experiences and giving what could often be some much-needed reassurance to those seeking it.

True to his giving nature, Jake was also an animal lover, sharing his home with numerous dogs and cats over the years, all of whom recieved the utmost care, attention and love from their owner. In addition, he was also happy to devote his time to helping those in need, particularly AIDS patients, recovering addicts and fellow LGBT community members seeking support, often bearing his soul and sharing his own personal experiences to bring hope and encouragement where it was needed, ultimately becoming a community pillar in Memphis (where he spent his final years).

While he and I spoke by email, phone calls and text messages countless times over the years, I never had the opportunity to meet Jake in person until he came to New York City for Pridefest in the summer of 2019, giving me the opportunity to hang out with him and his friends for a memorable night, and it was an opportunity I'll always cherish and be grateful for.

Sadly, only a few months after this visit, Jake would be diagnosed with cancer, but in true Mr. Jakers fashion, he didn't just lay down and die, continuing his outreach work and keeping in touch with those close to him while undergoing treatment, staying in good spirit through it all. Once it became clear that all possible treatment had been carried out when early spring rolled around, his longtime friend and caretaker Chris Holland encouraged Jake's social circle to share their happy memories and words of support, no doubt brightening his final days, and sharing occasional moments of lucidity as they occured until the end.

RIP Mr. Jakers, and know not only how much you're loved and missed by those fortunate enough to know you during your lifetime, but how much of a difference you made in their lives by having been a part of it.